Sector RP designates an atypical form of RP in which only one or two fundus quadrants show clinical signs of the disease. It is usually bilateral and symmetrical, and involves the inferior quadrants. However, there have been cases of unilateral or asymmetrical involvement, as well as ones in which degeneration of the nasal, superotemporal, or superior quadrants occurs. Slow clinical progression, regionalized areas of bone spicule-like pigmentation, subnormal electroretinographic (ERG) amplitudes, and visual field defects corresponding to the affected retinal quadrants are all characteristics of sector RP. The exact pathogenesis of sector RP remains presently unknown. While the diagnosis of sector RP is clinical and based on a “pattern,” there is evidence that the preferential inferior involvement is the result of certain rhodopsin mutations, and that it is a defined entity that reflects an underlying pathophysiological disturbance. In the literature to date, sector RP has been reported to result from mutations in the rhodopsin (RHO, 3q22.1, OMIM 180380), usherin (USH1C, 11p15.1, OMIM 605242), and cadherin 23 (CDH23, 10q22.1, OMIM 605516) genes. Some evidence suggests that light exposure could lead to retinal degeneration and thus, contribute to the pathogenesis of RP. It has been postulated that the faster retinal degeneration progression in the inferior retina of patients with sector RP could be due to free radical-mediated apoptosis secondary to light exposure preferentially affecting the inferior retina. In general, the inferior retina receives more light exposure due to the more elevated location of most light sources (sunlight and ceiling lighting). 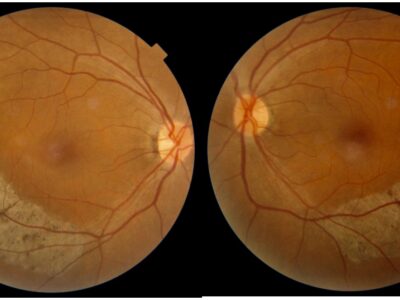 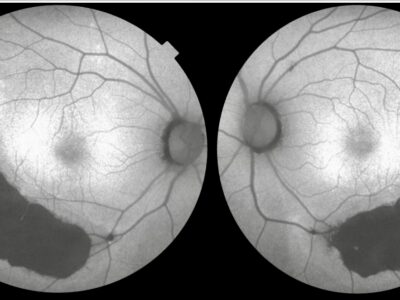 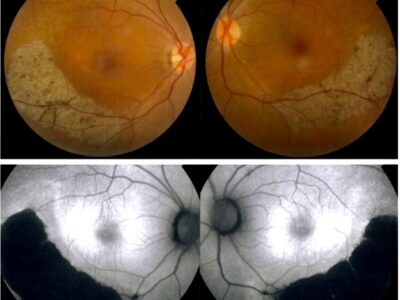 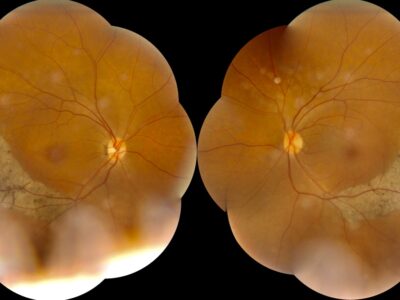